20% of the calories and 20% of the protein consumed by the world's 3.4 billion people come from wheat, which is a major source of sustenance for people everywhere.

Climate change is anticipated to drastically influence the yield and price of wheat in the upcoming years, even if we achieve our climate mitigation goals and limit global warming to 2°C.

According to research, the wheat output is projected to rise in high latitudes and fall at low latitudes.

As a result, prices for the grain are predicted to alter unevenly and rise in a large portion of the Global South, hence escalating already existing inequalities. 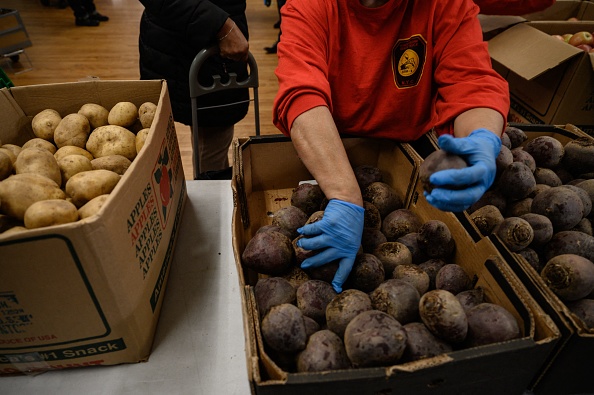 According to the lead author Tianyi Zhang, an agro-meteorologist of the Institute of Atmospheric Physics at the Chinese Academy of Science, the majority of studies mostly concentrate on how modeling climate change impacts wheat production, as per Sciencedaily.

Although this is crucial, crop yields do not offer a complete picture of food security.

In the actual world, agriculture plays a significant role in the economies of many nations, especially emerging nations.

A novel technique for climate-wheat-economic ensemble modeling has been devised by the team.

The researchers are now able to directly examine the effects of both average climate conditions and exceptional occurrences on wheat yields, price, and the worldwide supply-demand network.

According to co-author Karin van der Wiel, a climate scientist at the Royal Netherlands Meteorological Institute, "We know from prior research that extreme events do not always respond in the same way as the mean conditions, so this is a significant step forward because these extreme events have the greatest impact on societies."

In high latitude locations, including the United States, Russia, and much of northern Europe, the model predicts that yield will rise.

However, wheat yields are predicted to decline in nations like Egypt, India, and Venezuela in certain regions, by more than 15%.

According to Zhang, this change in yields may strengthen the market's conventional trade position, which could lead to more frequent and severe price spikes for wheat in low-latitude regions like Southern Asia and Northern Africa than in wheat-exporting nations.

Not only may these adjustments increase the cost of a crucial food crop in nations already struggling with food security, but they could also make the price of wheat more volatile and exacerbate already existing inequities.

According to research by the United Nations food agency, up to 811 million people worldwide are thought to frequently go to bed hungry, as per World Vision.

According to The State of Food Security and Nutrition in the World 2021, that represents roughly 9.9% of the world's population.

Years of advancement are being undone by conflict, drought, and the destructive effects of the epidemic on nations' economies.

Meanwhile, according to a report released by the Food and Agriculture Organization (FAO), the World Food Programme (WFP), the International Fund for Agricultural Development, the World Health Organization (WHO), and the U.N., 928 million people worldwide experienced severe food insecurity in 2020, an increase of 148 million from 2019.

The Sustainable Development Goals (SDGs), a set of 17 global objectives created by world leaders in 2015, are meant to serve as a "blueprint to build a brighter and more sustainable future for all."

One of the SDGs is the pledge to eradicate hunger and malnutrition by 2030, guaranteeing that everyone, especially those living in poor and vulnerable circumstances, has access to enough healthy food throughout the year.

But the current initiatives and advancements are insufficient. Achieving these goals has become increasingly challenging because of conflict, the COVID-19 pandemic, and severe weather, which has exacerbated global inequities.