A Nebraska child died from a brain-eating amoeba called naegleria fowleri after swimming in a river near Omaha.

The incident was confirmed by federal health officials, claiming the child died from a rare infection.

The Centers for Disease Control and Prevention (CDC) asserted the amoeba was present inside the youngster, whose name was not released by the officials.

It is unclear if there are other suspected or confirmed cases in the state.

However, the recent death made headlines and circulated on social media since then, indicating a potential public health crisis not only in Nebraska but also across the United States. 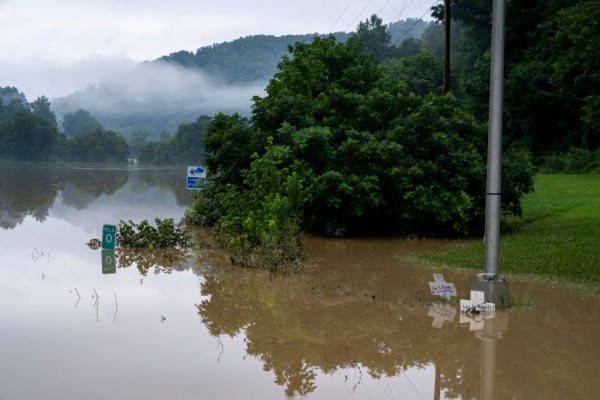 The Douglas County Department of Health in Omaha stated the confirmation made by the CDC.

The affirmation was made along with a collaborative sentiment with local officials, who believe the transmission of the brain-eating amoeba into the child was purely water-borne from the said Nebraska river on August, as cited by News Channel Nebraska.

Also Read: New Species of Amoeba Named After 'Lord of the Rings' Character -- Find Out Who!

Nebraska's recent fatality is the second death in the Midwest linked to the brain-eating amoeba since July, when a Missouri resident also died after swimming at the Lake of Three Fires in Iowa, USA Today reported.

Authorities have a "working knowledge" of the deadly pathogen.

Nevertheless, it is less monitored and known compared to other diseases currently affecting the US, including monkeypox and COVID-19.

Over the decades, the North American nation has recorded hundreds of infections of the disease, which is acquired when a contaminated water containing the amoeba entered through a person's body via the nose or nasal passageways while submerged under lakes and rivers.

In other reported sources, a contaminated tap water with the amoeba was recorded in the city of Houston, Texas, in 2020.

The brain-eating amoeba causes the disease known as primary amebic meningoencephalitis (PAM), which has a high fatality rate, with 97% of deaths of all reported cases, according to the US media outlets.

PAM is considered a rare disease, which targets the central nervous system of a person, specifically his or her brain and spinal cord.

The CDC states there have been 154 infections from naegleria fowleri-triggered PAM from 1962 to 2021, with only four survivors. Most of these cases have occurred in 15 southern-tier states; where almost 50% of all infections transpiring in Texas and Florida.

The US health body also noted that PAM affects males and children in a disproportionate manner.

The imbalanced distribution is reportedly unclear at this time.

However, the CDC said it could be linked to gender-related water activities, such as diving or watersports, which "might be more common" among males of younger age.

The exact origin of the amoeba is still unknown, but the CDC said it is found worldwide, especially in warm, hot water sources.

In the US, majority of related infections emanated from freshwater in the southern states, which can be found in the following:

Naegleria fowleri can reportedly survive at short periods of high temperatures, but have no presence in salt water like the open oceans of the world.